Ayanda Dlodlo: The architect of a new professional public service 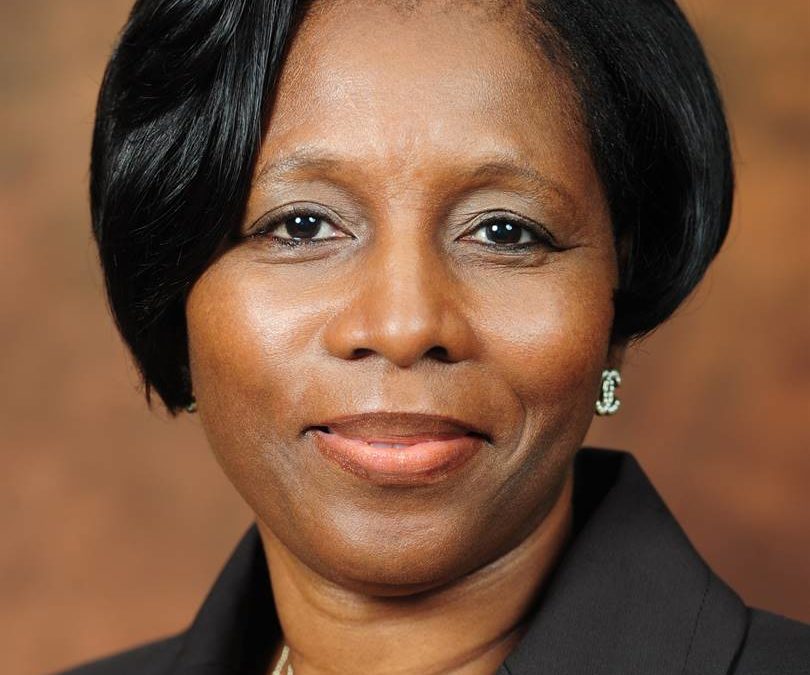 In a recent Cabinet reshuffle, Ayanda Dlodlo was appointed as the new Minister of Public Service and Administration by President Cyril Ramaphosa. While Minster Dlodlo took up the role as of August this year, she’s no stranger to the challenges faced by the Public Service.

Having served in the role previously, Minster Dlodlo has first had experience in the transformation the sector needs to ensure professional and committed public servants are appointed to the key roles that will not only ensure service delivery but will also help reduce poverty and inequality.

Along with these qualifications, Minister Dlodlo has filled several senior posts at a corporate level, including at organisations such as Telkom, Spoornet and Sanlam. She has worked at the SA National Ports Authority, SA Freight Rail Company and has also worked on special assignments for the New York and New Jersey Port Authority as well as the Associated British Ports.

Minister Dlodlo has worked in several government portfolios, including in the Gauteng Department of Community Safety and the Directorate of Special Operations (Scorpions).

She was appointed as Minister for State Security in June 2019, after having held the positions of Minister of Public Service and Administration between 2018 and 2019, Minister of Home Affairs between 2017 and 2018, and Minister of Communication in 2017.

In her most recent position as Minister for State Security, Minister Dlodlo was widely criticised in the media for the State Security Agency’s reaction to public unrest. The unrest which saw violence and looting in some parts of the country, her time as state security minister was put to use well. However, she had several notable achievements while in this role.

In the face of challenges brought by the global pandemic, Minister Dlodlo implemented several steps to professionalise the state intelligence agencies. She played a key role in restricting the SSA, by combining the South African Secret Service and the National Intelligence Agency. She also appointed the former head of the Independent Police Investigative Directorate and a veteran intelligence operative Robert McBride as head of the foreign wing. Minister Dlodlo also dismantled the troubled Special Operations Unit.

A record of innovation

While previously at the Department of Public Service and Administration, Minister Dlodlo made great strides in reforming policy and regulatory interventions to improve service delivery.

“Through these various policy and regulatory interventions, we are making it possible for our people, especially the youth, to interact with Government with ease and at less cost.  The technological advancements and innovation that we are gradually introducing into the public service will expedite the pace of service delivery and ultimately open access to our people on a 24-hour basis,” Minister Dlodlo said at the time.

Some of the reforms introduced by Minister Dlodlo included the launch of the e-Recruitment system. This system aims to make it simpler and easier for people, especially the youth, to apply for job opportunities in the public service. The e-Recruitment system is the beginning of a process to introduce a paperless administration across the public service.

The process also included a review of regulations for all entry-level posts, to allow the recruitment of new entrants without prior experience into these jobs. The amended regulations, which came into effect in 2019, aimed to enhance the government’s human resource development capacity and remove unnecessary barriers to entry into the public service.

“For job-seekers, the new e-Recruitment system will be beneficial because it is web-based and accessible from different locations for all job seekers who submit applications to a centralized database. This will enable the applicants to post their CVs and supporting documents once and the process will save them the cost of making multiple copies for applications,” she said.

“This exercise will be structured in such a way that it does not compromise the professional and technical requirements for various fields, all we want to do is to streamline career paths and align skills which will make the public service fit for purpose,”  – Hon. Dlodlo.

Among Minister Dlodlo’s innovative implementations in the Department was the introduction of a National Public Service Hackathon. The Minister convened over 400 of the brightest and most innovative minds in South Africa for a three-day event, aimed at solving some of the biggest challenges facing service delivery in the country.

The Hackers were given 40 hours to develop innovative solutions to challenges in the Education, Health, Environment, and Accountability sectors, amongst others.  Some of the solutions included systems to enhance the implementation of the NHI Scheme, apps to assist learners in acquiring critical skills, and a way to digitise the public health system.

The future of public service

Minister Dlodlo has earned a reputation for promoting a values-driven public service, soundly rooted in the country’s National Development Plan. This plan centres around reducing poverty, unemployment and inequality in society, and the public service minister has been vocal about ensuring government employees contribute to this vision.

“There is a disturbing perception that public servants are lazy, unconcerned and corrupt and that most of them have a price on their heads which feeds the monster of corruption,” Hon. Dlodlo said.

Minister Dlodlo insists that public service is about serving the citizens of the country and ensuring the development of the nation by responding to its citizen’s needs. To achieve this, the Public service, governance and administration must be underpinned by the values of the Constitution, including human dignity, social justice, equity and respect for everyone. This is especially important, the Minister  says, because the public service was once a “discriminatory instrument based on race and class”.

To attain the vision of the National Development Plan, Minister Dlodlo has dedicated herself to improving the training of public servants to ensure they have integrity, are professional and have the commitment to serve society.

The public service forms an essential part of a capable and developmental state. This means that state institutions need to be well-run and effectively coordinated by committed professionals. This will allow the public sector to deliver consistently high-quality services while prioritising economic growth and reduced poverty and inequality.