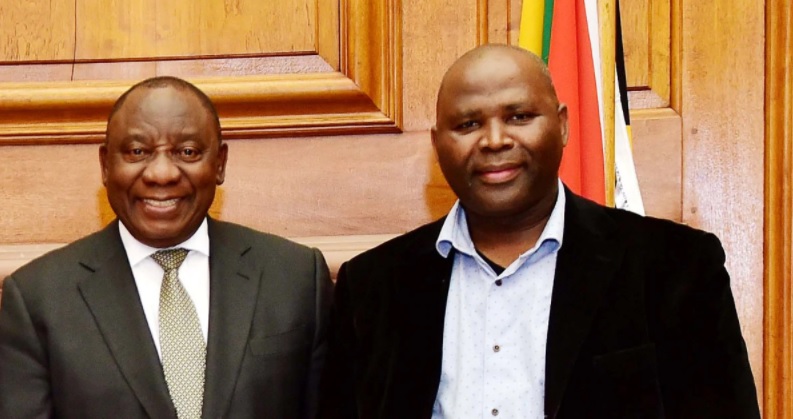 Ensuring the public service sector runs effectively and efficiently, is just one of the goals of the newly appointed Commissioner of the Public Service Commission, Dr Somadoda Fikeni. He also aims to find ways to bring government services to all South Africans, especially those who live in rural communities.

“I’m humbled and touched by positive remarks received across society. Working as part of a collective I’ll be guided by the constitution. Integrity/ honesty is key,” Fikeni said after the appointment.

Taking up the role from February, Fikeni has said he will focus on making government services accessible to ordinary people. This has become especially necessary during the global pandemic, with the public sector forced to embrace technology to enhance service delivery and pursue further e-governance options. Moving services online would make them more accessible to those living in rural communities, who currently face long commutes into metro areas to sign documents.

Fikeni is an author, researcher, public speaker and commentator on a range of local and global political, social and economic issues, drawing on insights gained through years of study at international institutions. Among his areas of expertise are policy analysis, comparative politics, research methodology, international politics, political economy and heritage.

Fikeni held various leadership positions, including being the merger manager at the University of Transkei, founding COO and Heritage Manager for the National Heritage Council of South Africa. As an academic, community development activist and political analyst, Fikeni has spent much of his career focused on research and has held the position of associate professor to the Unisa Thabo Mbeki School of Public and International Affairs.

Despite his international travel and years spent aboard, Fikeni holds fast to his roots in the Eastern Cape, having grown up in Lugelweni village in the Alfred Nzo District. This has informed his drive to make government services more accessible to rural communities.

Fikeni said he will also spend time working towards a more professional public service, to increase effectiveness. He aims to do this by leading by example, saying he aims to make the Public Service Commission a shining example of what public service will be. This will include tightening any loopholes in the Commission’s systems and ensuring it runs at full capacity.

What is the Public Service Commission?

This mandate also entails the evaluation of achievements, or lack thereof, of Government programmes. The PSC also has an obligation to promote measures that would ensure effective and efficient performance within the Public Service and to promote values and principles of public administration as set out in the Constitution, throughout the Public Service.

Dr Somadoda Fikeni hails from Lugelweni Village, Eastern Cape, and is passionate about developing rural communities and assisting the disadvantaged through charitable organisations. He was voted best political analyst in South African media on two occasions, and received honorary chieftaincy, bestowed in Ghana.