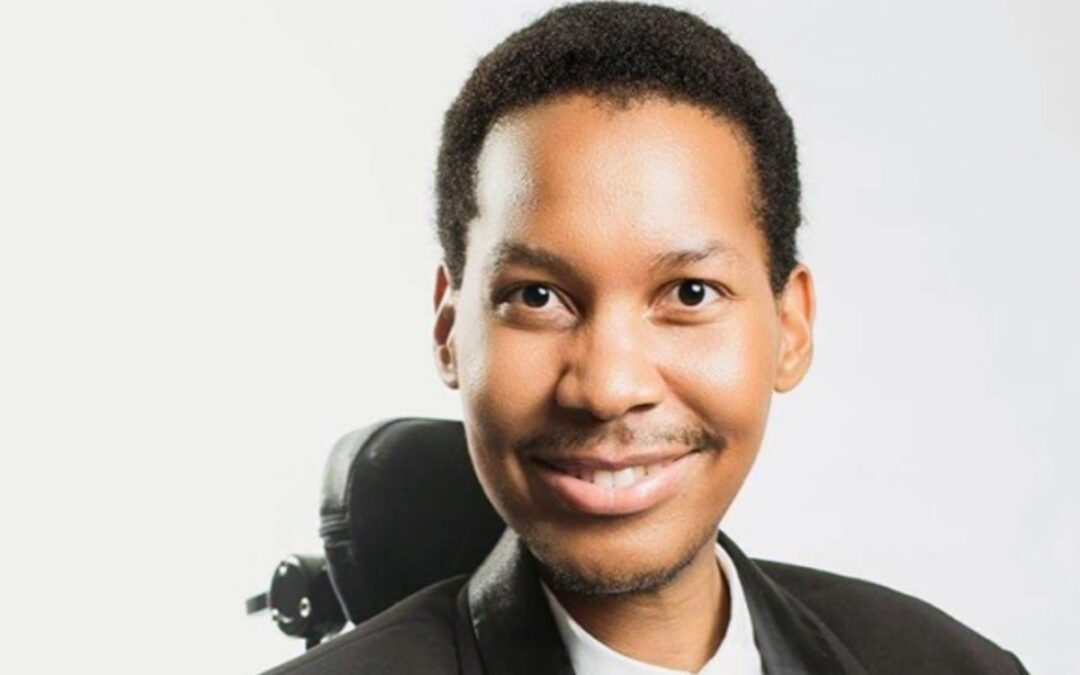 To be an advocate for global change means thinking out of the box and reimagining a world where all people flourish. United Nations Sustainable Development Goals Advocate, Edward Ndopu, follows this philosophy, using his platform as an activist to envision a world that doesn’t exist just yet.

Eddie Ndopu, born in Namibia and raised in the Western Cape, was diagnosed with a severe degenerative condition known as spinal muscular atrophy, when he was just 2 years old. His family was warned that he would have only five years left to live. Surprisingly, Ndopu defied all odds and survived through it all. This was symbolic of his very first steps into advocacy and using his adversity to inspire the world. Now, almost 29 years later, Ndopu is celebrated as a warrior for human rights.

“Advocacy really emerges from one’s personal lived experience”, Ndopu said. “It starts with advocating for oneself.”

Today, Ndopu is a South African award-winning activist, humanitarian, and public intellectual. He is also one of seventeen eminent global advocates appointed by the Secretary-General of the United Nations for the Sustainable Development Goals. He has also served as a Special Advisor to RTW Investments  — a leading investor in scientific and medical innovation.

Aside from this, Edward Ndopu holds a Master’s in Public Policy from Oxford University, and has previously been invited to advise organisations such as the World Economic Forum, UN Women and Amnesty International. He also founded the Global Strategy on Inclusive Education, at the African Leadership Academy  — an institution at the forefront of advancement and dialogue in international education and leadership through its membership of several bodies and is an independent school accredited and authorised by global organisations.

“I feel a particular responsibility and a particular obligation, I think, to really ensure that we leave nobody behind as we try and get back on track in meeting the Sustainable Development Goals by the year 2030”, Ndopu explained.

Ndopu has spent much of his life advocating for disability rights. His passion for achieving social justice revolves around ‘filtering out the noise’ and giving individuals who have been silenced, and have important messages to share, a space and platform to speak out about the humanitarian goals they hope to accomplish.

“I think we need a space where we can really hear activists speaking in their own voice on their own terms”, Ndopu commented.

“Just because somebody has the microphone it doesn’t necessarily mean that what they have to say is meaningful. A very intentional effort to give the mic, to pass the mic, to activists, and hear from them and spotlight their work and amplify their voices is really what we need right now in a world that feels so saturated with everything, and so saturated with content.”

“‘Umuntu Ngumuntu Ngabantu’ is a well-known South African phrase that lies behind the definition of Ubuntu. Directly translated from Zulu the saying means: ‘A person is a person, because of other people’, or ‘I am because we are’. It is a commitment to move together as a society and to treat all people with dignity and respect.”

Disability is not a death sentence

Edward Ndopu understands that his life and journey seems incomprehensible for most individuals in the world who live with disabilities daily. Many living with disabilities, unfortunately, experience isolation and neglect.

Ndopu has previously stated that more than 90% of these individuals have never seen the inside of a classroom. As it stands, Ndopu is the first African with a degenerative disease to have graduated from Oxford University. Thus, he utilises his platform to raise the sound of the voices of the most vulnerable marginalised members of society.

Ndopu’s main priority is to make society aware that children with disabilities can be the protagonists of their own narratives. He believes that there is a moral necessity to make sure that he does not merely represent himself, but also takes a stand for those who are unheard.

“Humanity has done a disservice when we fail to acknowledge the immense brilliance and potential that people have”, Ndopu said.

For Edward, true activism is about highlighting marginalised populations who have the capacity to be amazing. All they need is to be provided with equal opportunities.