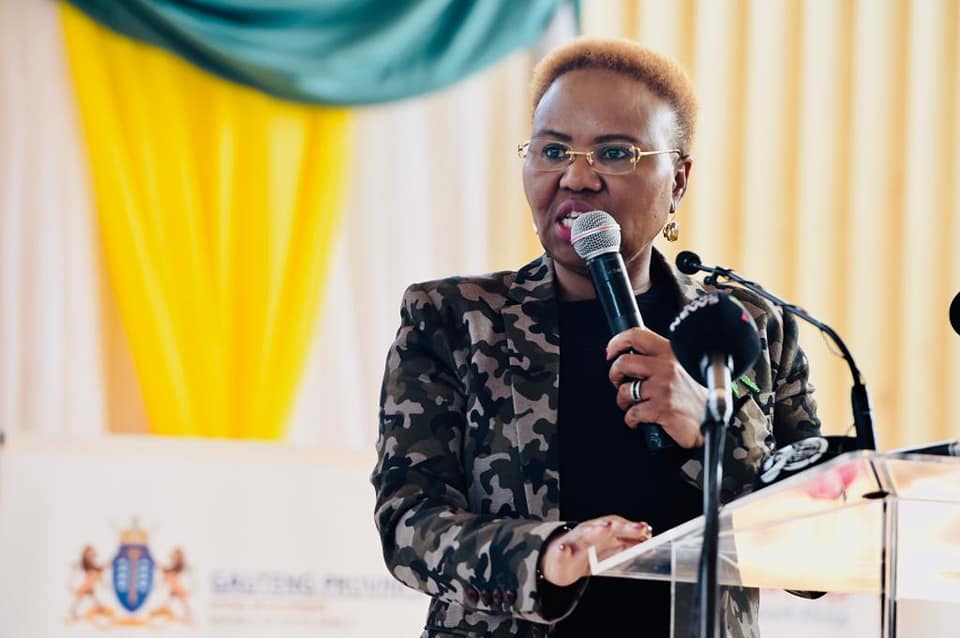 A history of political change

Honourable Lindiwe Zulu is the Minister of Social Development and served as Minister of Small Business Development between 2014 and 2019. Previously, Hon. Zulu took on the role of International Relations Special Advisor to the President, and also served as the Head of Communication for the PAN African women’s organisation, in Angola, in 1988.

In 1991, Hon. Zulu returned to South Africa, becoming the new Head of Communication in the ANC Women’s League.Later, she  was elected to the ANC Department of Information and Publicity as the spokesperson for the first democratic elections.

In 2001, she was appointed Chief Director for Western and Central Africa (2001-2003). This was where Hon. Zulu became the Executive Head of Government and International Relations for the Vodacom group. She became the South African Ambassador to Brazil, in 2004, and in 2007 was elected to the ANC National Executive Committee.

Today, with expertise ranging across parliament and various sectors, Hon. Zulu holds a Masters degree in Journalism, and is committed to getting South Africa on the global radar for future growth, and opportunities for better removal of barriers so that all citizens can journey toward their dreams with confidence and dignity.

Just last month, Minister Lindiwe Zulu was the MP at the launch of The Rapid Assessment of the Implementation and Utilisation of the Special Coronavirus Covid-19 Social Relief of Distress Grant Report. For months, she has been actively involved in mitigating the devastating effects of the global pandemic, attempting to ease the pains of millions of South African citizens.

“As part of the Department’s observance of the series of markers of this year’s Social Development Month campaign that we are carrying out under the theme ‘Delivering DSD Services During COVID-19 in the Year of Charlotte Maxeke’, it is with great pleasure that today I am presenting to you The Rapid Assessment of the Implementation and Utilisation of the Special Covid-19 Social Relief of Distress Grant report”, said Hon. Zulu.

“This Report reinforces our call for meaningful investments in shock responses that cater for each South African, and thereby ensuring that no one is excluded from contributing to the reconstruction and recovery of our society and economy; the institutionalisation of human-level outcomes and the realisation of community-level impact; the freeing and promotion of the capabilities and prospects of each South African; and increasing the accessibility of Social Development services, deepening active citizenship, supporting community initiatives, and co-creating meaningful solutions where people live (together with the people).”

She urged that this assessment is geared towards bettering social assistance and the accessibility of information. It is meant to also alleviate financial hardships.

“The report is urging Government to develop a single citizens’ registry for all services. In the times of big data and the capabilities of artificial intelligence, it is indispensable that social protection programmes should benefit from these technological developments”, Hon. Zulu concluded.

On 8 and 9 November, Honourable Minister Lindiwe Zulu, hosted a delegation from the Republic of Côte d’Ivoire. This was led by the Minister of Solidarity and Fight against Poverty, Mme Myss Belmonde Dogo.

This particular delegation took on the form of a 2-day study tour, seeking to share good practices between the two countries, in terms of social protection and social assistance. The Republic of Côte d’Ivoire has since complimented South Africa’s social assistance programme and best practices.

Hereafter, Hon. Zulu will look to reaffirm and strengthen her commitment to South Africa’s social development and social security reform, placing emphasis on the needs of our people and the right to life.

Goals & Ambitions For The Country