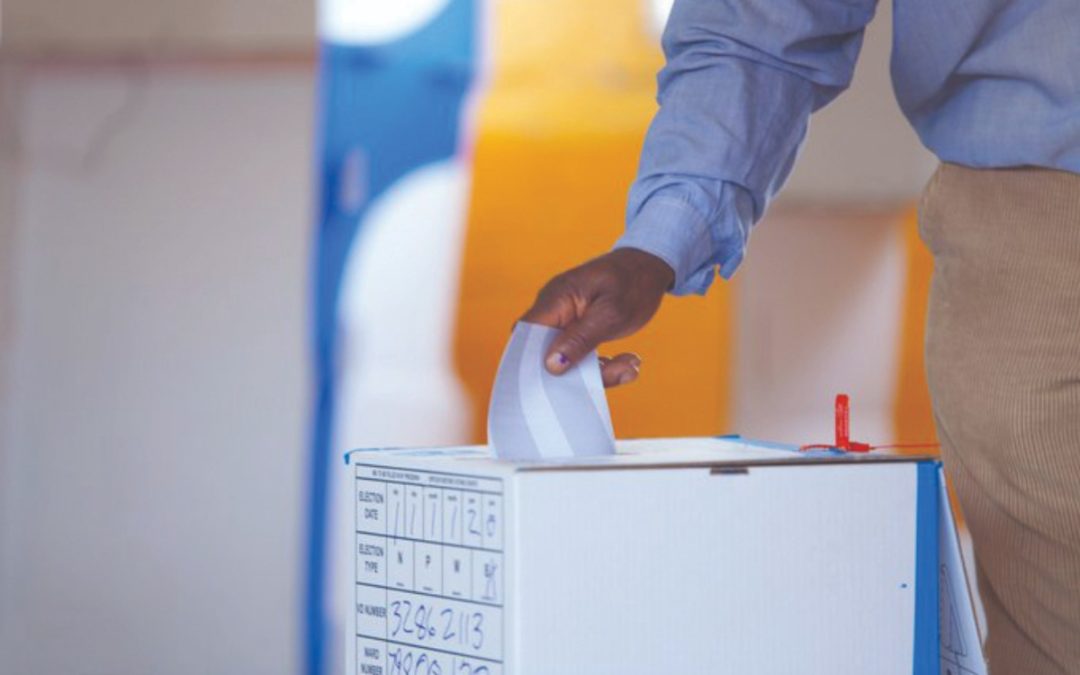 On 21 April, President Cyril Ramaphosa announced Wednesday, 27 October 2021, as the date on which local government elections will take place.

“This will be the sixth time under South Africa’s democratic dispensation that voters will elect leadership and public representatives at metropolitan, district and local level”, said the Presidency in a recent statement.

“The Minister of Cooperative Governance and Traditional Affairs will follow the necessary legal process to proclaim the date and undertake other requirements.”

President Ramaphosa has encouraged all eligible citizens, with an emphasis put on first-time voters, to take special care in ensuring that they’re properly registered to vote in the elections. These upcoming local government elections will lay the foundation for development and service delivery – which will directly impact districts and the lives of all community members.

This early announcement ensures that the Electoral Commission and all other stakeholders have enough time to begin all preparations geared towards making the elections free, fair and safe.

On 22 April, the Electoral Commission met with leaders and representatives of political parties in the National Party Liaison Committee to talk through a range of themes relating to the elections. Included in the conversation was the Minister of Cooperative Governance and Traditional Affairs, Dr Nkosazana Dlamini-Zuma, as well as the Minister of Health Dr Zweli Mkize and Mr Njabulo Nzuza, the Deputy Minister of Home Affairs.

“The meeting is part of our on-going consultations and engagements with all the key stakeholders to plan and prepare for the elections”, said Chief Electoral Officer, Sy Mamabolo.

“The meeting discussed, among others, the date announced by the President, progress in the administrative planning for the elections, and issues related to the health and safety of participants under the continued COVID-19 pandemic. Political parties were also invited to raise any issues or concerns regarding the elections including the impact of COVID-19 on conditions conducive to free and fair elections.”

During the discussion, numerous parties put forward their thoughts and concerns in light of restrictions on political gatherings and other limitations that could occur when campaigning under the current national state of disaster regulations. A number of parties proposed postponing the elections due to the pandemic.

On the other hand, some parties conveyed that the elections should go on, only that they should proceed under special COVID-19 protocols. Conclusively, the Commission presented its analysis of the Constitution and legal connotations should the elections be postponed. These recommendations were backed by the opinion of Senior Counsel.

Prior to the announcement of the Local Government Elections dates, the Electoral Commission has been finalising important dates and planning details for the elections.

“These will include registration initiatives at schools, tertiary education campuses and other opportunities. This campaign will culminate in a national voter registration weekend during which all voting stations will open between 8am and 5pm to allow new voters to register and existing voters to change, update and check their registration details. The dates for this weekend will be announced soon following consultations with various stakeholders”, Mamabolo explained.

The Commission also took the opportunity to remind voters that there will be only one general voter registration weekend. This is due to resource limitations.

“We call on all eligible voters – especially first-time voters – to ensure they are ready to register to participate including obtaining ID documents where necessary. We also urge all parties, the media, civil society and others to work with us to promote and encourage participation among all South Africans so that we can continue the increase in turnout which we have seen during the most recent local government elections”, said Chief Electoral Officer, Sy Mamabolo.

Other top priority preparations will involve securing candidate nominations for ward and PR lists for more than 10 000 seats to be contested for 205 local municipalities, 8 metros and 44 district councils. Nominations are set to commence during August and September – – to be managed by an ‘Online Candidate Nomination System’.

In addition, plans will also be set in motion for special votes. The Electoral Commission has noted proposals by numerous political parties for all options to be surveyed. These include the extension of eligibility for special voting, which is aimed towards reducing congestion at voting stations on Election Day.

The Municipal By-Elections were held on 21 April. The overall results of the 14 by-elections contested were:

*Check out the May 2021 edition of the Public Sector Leaders publication here.