Hon. Mchunu brings a renewed focus to the improvement of municipal water infrastructure 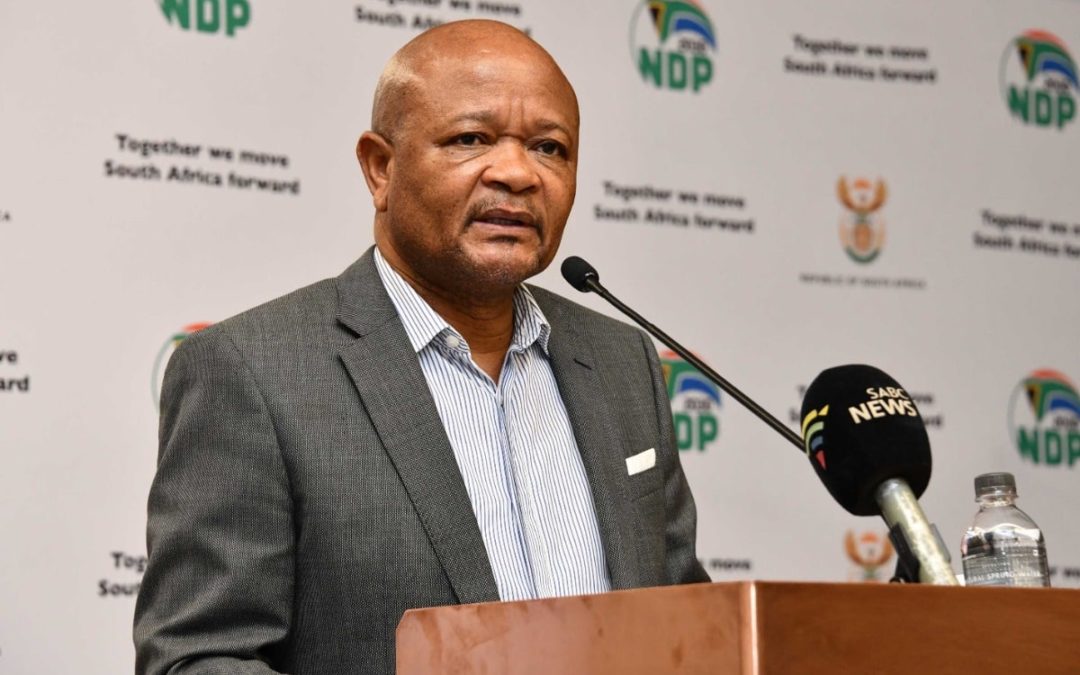 In August President Ramaphosa announced a Cabinet reshuffle as well as changes to the structure of the Executive Committee.

“Water and Sanitation should be a separate Ministry [from Human Settlements], which will enable a dedicated focus on ensuring that all South Africans have access to a secure and sustainable supply of this precious resource, ” – President Ramaphosa.

Our new Minister of Water and Sanitation is Honourable Senzo Mchunu who  previously served as the Minister of Public Service and Administration. He also served as Premier of KwaZulu-Natal from 22 August 2013 until 23 May 2016 and is a former provincial chairperson of the ANC in KZN. Born at eNhlwathi, Hlabisa in northern KZN Minister Mchunu was educated at the University of Zululand and the University of South Africa, qualifying with a BA in Education and International Relations. From 1985 he worked as a high school teacher, resigning to become a full-time politician in 1991.

Given that water is our most precious resource and with the ongoing stressors of climate change, the dedicated Water and Sanitation ministry was hailed as good news across the board:

“A dedicated ministry is appreciated, and it needs to be well capacitated — capacity that can also be leveraged through effective partnerships. In addition, given water’s cross-cutting and central role in achieving our development ambitions and striving for water security, we simply must prioritise and dedicate investment in strengthening coordination mechanisms and institutions across ministries, departments and the different portfolios, at multiple levels and between levels — national, provincial and local,” – Ruth Beukman,  Freshwater and Policy Lead,  WWF South Africa (Daily Maverick, 9 August).

And Minister Mchunu has hit the ground running. He delivered the keynote address during the Stockholm International Water Institute (SIWI) World Water Week seminar, online from 23-27 August 2021 which engaged participants from more than 130 countries. The theme of the seminar was “Building Resilience Faster” and Hon. Mchunu’s address focussed on “Step-forward: building resilient institutions through spaces for adaptive and participatory decision-making.”

Then from virtual engagement to on the ground appraisals, Minister Mchunu has been making onsite visits to asses the issues in various provinces. On August 31, the Minister, together with his Deputy Ministers, Hon. David Mahlobo and Hon. Dikeledi Magadzi, held a series of engagements with DWS Management, Eastern Cape provincial leadership, led by the Premier Oscar Mabuyane and the Amatola Water Board (AW) management at the Regent Hotel, East London.

From Eastern Cape to Limpopo:  during the second week of September the Honourable Minister and his Deputies visited Limpopo assessing water provision and sanitation – there he met Premier Stanley Mathabatha, representatives from local government, water boards, water and sanitation, the provincial government leadership and various stakeholders.

One of the items on the agenda was the Giyani water project which will cost an additional R844 million to complete:

“Government has already spent a total of R3.3- billion on the project. We are still going to meet with stakeholders from government, municipalities and the Lepelle Northern Water to quantify the figures, because it is not guaranteed that after spending such money, the people of Giyani will have clean running water in their communities.”

“From the briefing, I am told it seems there was no proper planning in place during the initial stages of the implementation of this project. There were no designs and no rigid budget put in place. That is why we have problems today,” – Minister Mchunu.

Giving assurances for the way forward the Hon. Minister said:

“The timeline is in a week’s time, the plan will be placed before us as the ministry and we will consider it. If we agree on it we will then source money and fund it so that we know that is now the full scope, this is the full budget, while investigations continue but strongly monitored and supervised by us.”

Leading from the front, Minister Mchunu has made it abundantly clear that his ministry has zero tolerance for corruption and is working through the Special Investigating Unit (SIU) to investigate allegations of tenderpreneuring and water crimes. All of which is serving to bolster public confidence in the new, stand alone Department of Water and Sanitation.