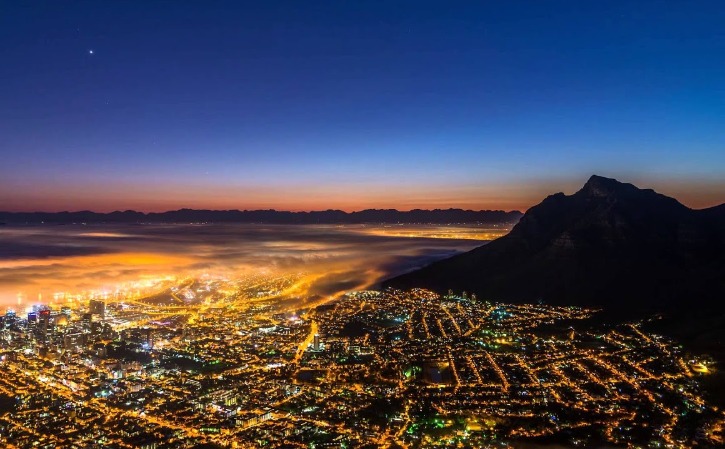 “The fact is that load shedding continues to severely impact businesses and the economy in the Western Cape. And so, we have worked hard to deliver a number of projects, including the recently launched MER [Municipal Energy Resilience] Project, to mitigate the impact of load shedding on the provincial economy,” said Western Cape Finance and Economic Opportunities MEC, David Maynier in a statement regarding Stellenbosch’s plans to generate 100% of their own electricity.

The Municipal Energy Resilience project (MER) was developed following an amendment to Schedule 2 of the Electricity Regulation Act in 2020 which allowed for municipalities to generate their own electricity. The project is led by the Energy Directorate, within the Western Cape’s Department of Economic Development and Tourism, and backed by the Department of Local Government and Provincial Treasury.

“I am pleased to hear that we are able to support Stellenbosch Municipality through the MER project, and I look forward to our continued efforts to do everything we can to support other municipalities to participate in the growing green energy sector so that together we can create a more energy resilient future in the Western Cape,” continued the MEC.

The MER was launched as part of the effort to diversify the energy mix, reducing reliance on Eskom. The Western Cape government wants municipalities to have reliable energy which is affordable, and can grow the economy without negatively impacting the environment.

The Western Cape government’s websites states: “The key objectives of the MER project are the development, support and capacity building to implement renewable energy projects in municipalities across the province for municipalities, businesses and households to generate, procure and sell [their] own power including, but not limited to, municipalities transacting directly with IPPs, all aimed at increasing energy and economic resilience.”

The project is using four approaches. The first is by creating space for small-scale embedded generation. Providing assistance in procurement processes for municipalities to source energy from Independent Power Producers (IPP) is the second approach. The third is by building a business case for utility-scale gas to power generation. The Energy Directorate’s final approach is reforming the sector.

The provincial government is quick to point out, however, that complete removal from the national grid, outside of well-resourced municipalities like Stellenbosch, will not be possible due to insufficient capacity. The project is merely to lighten the load and offset the effects of intermittent power cuts.

MER has three phases. Phase 1 assesses municipalities to find suitable candidates. The second phase prepares the pioneering candidates and will be followed by the third phase, which will bring the project to municipalities across the province.

The MRET, which evaluates candidate municipalities for the MER project, uses the requirements set out in the Department of Mineral Resources & Energy’s New Generation Amendment Regulations:

Outside of the City of Cape Town, six candidate municipalities passed the evaluation and were identified for the project:

In his 2021 Budget address, MEC David Maynier announced that R48.8-million would be allocated to overcoming loadshedding. An additional R20-million in provincial reserves will also be available. The first round of funding in the Municipal Energy Resilience Fund (MERF) boasts R13-million, which is for research in energy-related projects.

With the money, municipalities can bring their Electricity Master Plans up to date, review or create Cost Supply Studies and craft Integrated Resource Plans (IRPs). Funding is also available for any other preparation activities in line with the goals of the MER.

As part of the Request for Information (RFI), over 100 projects were presented to the provincial government from 82 submissions. 62 of the submissions have a total nominal generation capacity of 4800 MW.

THE PERFECT PLACE TO START

Of all the provinces in South Africa, the Western Cape’s position as a hub for green energy services makes it the perfect testing ground for a decentralised energy supply mix. The province is ideal for investment, with the right combination of resources and skilled labour, as well as a provincial and local government commitment to renewable energy.