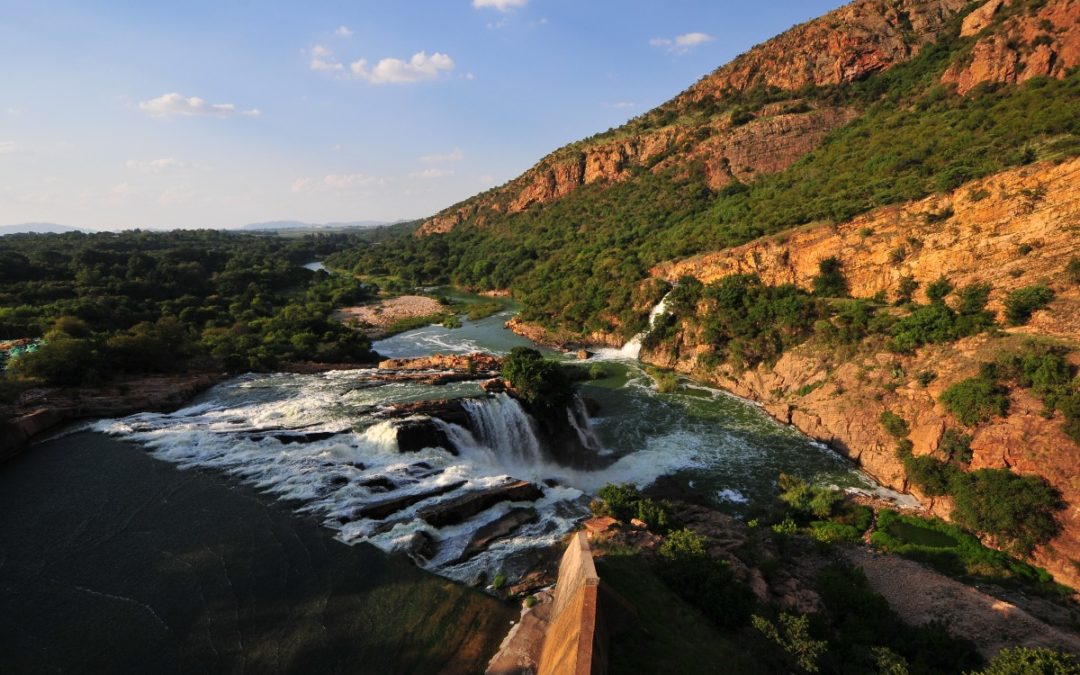 North West contributes 7% to the national GDP – and  the mainstay of the economy in the province is mining. This industry produces more than half of the province’s gross domestic product and provides jobs for a quarter of its workforce. But other key industries have the potential to create jobs and generate revenue for the province, including agriculture and agro-processing.

Other agricultural products produced in the North West include sunflower seeds and oils; nuts; citrus and tobacco.

This sector is reliant on water supply, as are the province’s other top-performing industries: tourism, construction and manufacturing. The tourism spend along contributed around 7% to the province’s economy in 2018, while the sector employed around 33 000 people, showing that failing to secure adequate water supply to these areas could have devastating effects on economic performance.

Ensuring access to water goes beyond meeting the basic needs of residents in the province. The province’s economy relies on sectors that are all dependent on water supply – and in turn, boosting economic activity will require an investment into water infrastructure.

Access to water supply is a basic human right, but ensuring homes in rural and inaccessible areas of the country have a stable supply has proven challenging to government departments. However, a R40-million investment plan will help improve access to water in several areas in the North West.

Not only will this improve the quality of living for many families living in rural villages, but investments into water infrastructure have the potential to bolster the province’s economic performance.

The North West Department of Cooperative Governance, Human Settlements and Traditional Affairs recently announced that it had secured R40-million from local mining companies to address water shortages in several villages near Rustenburg.

The province does not have an abundance of water sources, and communities in rural areas have struggled for decades to access clean drinking water – despite a programme run by the government to transport water tankers to hard-to-reach areas and a network of reservoirs.

The provincial government has since appointed a task team to investigate the water-related challenges in villages such as Maumong.

Maumong, as with many other villages in the area, is sitting on large mineral reserves and supports significant mining activity. But encouraging this economic activity relies on a stable supply of water.

This has given birth to the partnership between the provincial government and mining companies to dedicate R40-million towards solving the province’s water problems.

Cooperative Governance MEC Mmoloki Cwaile has committed to increase the temporary supply of water as well as investigate sinking new and rehabilitating old boreholes in the area, as part of the project.

The province has been making water infrastructure a priority for some time. Last year, MEC Cwaile announced that water infrastructure grants would be made available to finance projects aimed at alleviating water shortages in the province. He has called on stakeholders to review their plans and adjust their budgets to urgently respond to their communities’ needs for clean, good quality water.

The renewed focus on water infrastructure stems from the department‘s Integrated Development Plan (IDP), which forms part of the District Development Model (DDM).

Cwaile added that municipalities must be capacitated to act swiftly and respond to emergencies in water provision, provide immediate relief and implement medium- and long-term plans successfully.

The risks at stake were recently sharply highlighted when Clover announced that it would be closing its Lichtenburg production facility and moving to KwaZulu-Natal. The reason behind the move was stated as service delivery issues, including access to water and electricity. Clover employs more than 300 permanent workers.

However, the fact that water is not naturally found in abundance in the North West also creates opportunity – there is a market for investment into water-efficient technologies to meet the needs of the agricultural and other sectors, as well as household water demands.

Embracing this opportunity could not only secure the performance of key sectors but could potentially open up other manufacturing and technology-based industries, in turn reducing poverty in the province and further ensuring the basic human rights of its residents continue to be met.