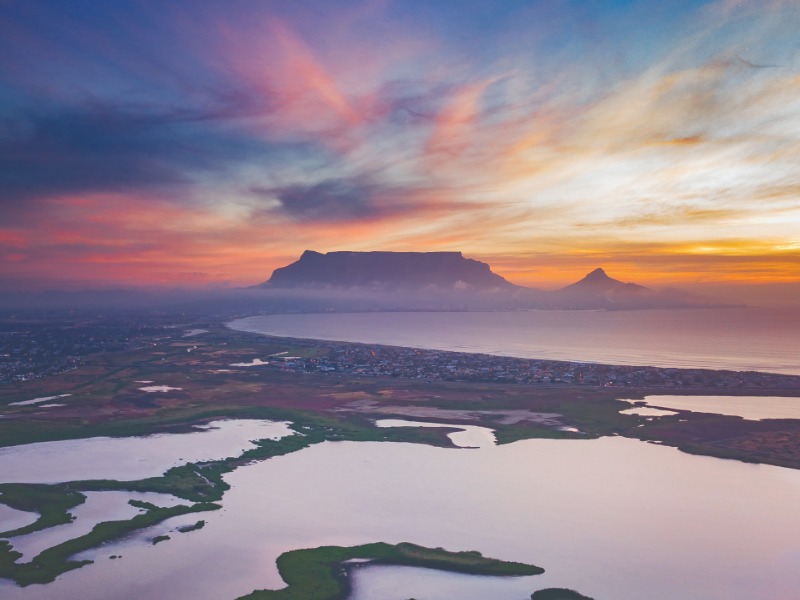 New regulations have made it easier for travellers to visit South Africa – a welcome relief to the tourism and hospitality sectors. The sectors suffered significant losses due to the pandemic.

The relaxed restrictions have been welcomed by the Federated Hospitality Association of South Africa (FEDHASA), an organisation that represents the interests of the sector by lobbying the government and influencing policy decisions. However, there is still work to be done to get the industry back on its feet.

Impacted by the global pandemic

The measures imposed by the South African government to reduce the spread of the coronavirus included closing borders, in line with international practice, and issuing a travel ban on several high-risk countries. South Africa did not receive visitors for a period of six months from April to September 2020.

This had a significant impact on the South African tourism industry: The tourism sector’s direct contribution to GDP dropped from 6.9% in 2019 to 3.7% in 2020 and the travel restrictions saw tourist arrivals sharply decline. According to a report by Statistics South Africa, foreign arrivals dropped by 71% between 2019 and 2020. The World Travel and Tourism Council found that domestic tourism dropped by 43%.

However, the industry has shown signs of recovery. Statistics South Africa recorded a year-on-year increase of more than 150% between July 2020 and July 2021. But this recovery will only be sustained if travel regulations continue to be sustained.

Rosemary Anderson, National Chairperson of FEDHASA, says: “Government also needs to realise that hospitality and tourism are being stymied by government policies, inefficiencies and red tape such as the slow processing of licences which directly impacts our ability to create jobs. The biggest obstacle to tourism creating new jobs is this.”

A call for the further easing of restrictions

One policy that is currently hindering the tourism sector, FEDHASA says, is the testing of international travellers visiting South Africa.

The National State of Disaster recently came to end, after being implemented for 750 days. The State of Disaster allowed the government to take extraordinary measures to reduce the spread and impact of COVID-19 and saw several laws promulgated, including mandatory mask-wearing, prohibiting sales and implementing curfews.

The latest regulations, which will stay in place under the National Health Act, include wearing a facemask in indoor public spaces and limits on the numbers allowed at social gatherings.

Some travel regulations remain in place, although these have been significantly relaxed.

Travellers entering South Africa are now required to provide proof of vaccination or a negative PCR test not older than 72 hours.

Ms. Anderson says: “We are delighted that the State of Disaster has finally been lifted after 750 days of being in place, bringing an end to many of the rules that have burdened the hospitality sector, such as temperature checking and contact tracing, which have proven largely unscientific to stemming the spread of COVID-19.”

And while FEDHASA has welcomed the end of the National State of Disaster and the removal of pre-arrival testing for fully vaccinated travellers, the new rules still prove a challenge, said Ms. Anderson.

“We hope that our industry will receive certainty sooner rather than later with regards to hosting big events as the current restrictions of 50% mean that many of the international events we would host in South Africa would simply not be viable. For any medium- to long-term planning to take place and events business to be secured, we need certainty. This is an opportunity for us to position South Africa as a leading meetings, incentives, conferencing and events destination,” Ms. Anderson says.

Another challenge centres around the vaccination of children. Many countries, South Africa included, do not vaccinate children younger than 12. This means that many children over the age of five require a PCR test to enter the country.

This means that if parents are fully vaccinated, a family with children would still be required to pay for PCR testing – which can be difficult to obtain and expensive. The additional travel cost may dissuade travellers from visiting the country, FEDHASA fears.

“We require the urgent removal of the PCR test requirement for unvaccinated children between the age of five and 12 years as this is damaging inbound family travel to South Africa as well as hindering South African families from travelling. As we enter a new post-pandemic era, we have learnt the importance of meaningful engagement and hope that the government sees the benefit thereof. We genuinely want to establish a partnership with the government to develop a plan on how to grow the tourism industry, market the destination and create thousands of new jobs – the tourism industry being a key potential driver of the economy and job creation,” Ms. Anderson concludes.

In 2019, FEDHASA celebrated its 70th anniversary. The organisation was established to champion change within the hospitality and tourism industry.

Established in 1949, the then Federated Hotel Association of Southern Africa was formed to represent the hospitality industry and lobby on its behalf with government.

In 1965, FEDHASA launched the Hotel Training Scheme to enable students to train at selected hotels, in the same year as the establishment of the first Department of Tourism, eight years before the first hotel school was established in 1972 in Johannesburg.

Over the years, the organisation has challenged liquor sales legislation, fought for transformation within the industry, and established regional offices to lobby local, provincial and national governments.