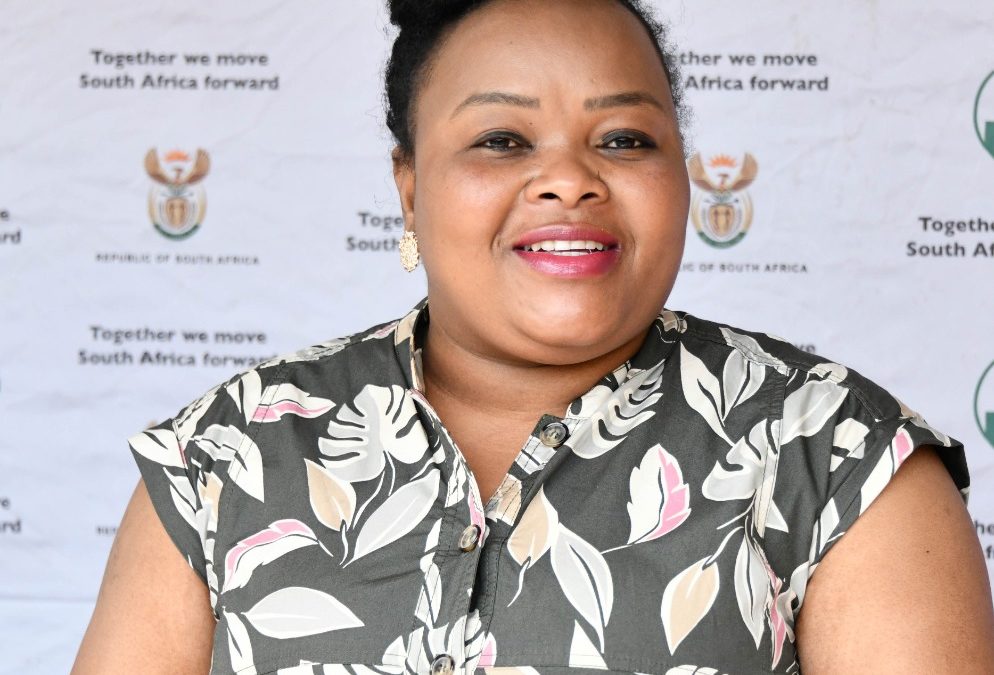 Appointed as of May 2019, Ms Siweya is the Deputy Minister in The Presidency of the Republic of South Africa, for the Department of Planning, Monitoring and Evaluation. Today, she is also a prominent Member of Parliament for the ANC, and has made extraordinary contributions to youth activism across the country.

“As a young black woman, it is an honour to be an MP. I am given an opportunity to pass laws on behalf of my people. It means I must work hard and respect the people that ensured that I am here in Parliament. It gives me the opportunity to showcase the capacity that South Africa has to the world.” – Ms Thembi Rhulani Siweya.

Ms. Thembi Rhulani Siweya is known as one of the country’s most passionate youth activists, and is also a philanthropist who strongly believes in promoting a culture of reading and writing in order to empower South African citizens.

Ms. Siweya is a Sefako Makgatho Health Sciences University (Medunsa) graduate (having completed a BSc degree) and is, at present, completing her MBA degree. Introduced to the political landscape from an early age, MP Siweya began her mission through student activism initiatives. She served as the Chairperson of SRC Science Faculty in Medunsa (Medical University of South Africa). and was also the Treasurer General (TG) for the South African Student Congress (SASCO).

In 2013, Ms. Siweya played a pivotal role in the African National Congress Youth League (ANCYL) Provincial Task Team (PTT), serving her duties in the Sub-Committee on Communications. She has, in addition, been a member of the National Executive Committee (NEC) of the ANCYL, since 2015.

Fostering a culture of reading & writing

MP Siweya is a commended communicator, having years of experience working in the communications environment – as a politician and a civil servant. She made invaluable contributions as a Spokesperson for the Youth Commission, in Limpopo Province, between 2007 and 2010. MP Siweya also served as the Communications Manager in the office of Limpopo Premier, from 2010 and 2016.

As an avid reader and a writer, she has compiled multiple published opinion pieces, writing about a large variety of topics, specifically relating to Africa and the world. Ms. Siweya has, in previous years, mentioned the likes of Chinua Achebe, Bessie Head and Mandla Langa, as some of her favourite authors.

Most recently, Ms. Siweya hosted South Africa’s young trailblazers in the field of sports, arts and literature, at the Union Building on 6 May 2021. The purpose of the session was to celebrate prominent young people’s talent and zoom in on possible collaborations with the government. The rising stars include Praise Poet, Masinga Xivambu, who once ushered President Ramaphosa to Parliament for the State of the Nation Address; Simthandile Tshabalala, the award-winning young golfer, an emerging Author, Angel Mkhawana, actor and young entrepreneur Cornet Mamabolo.

In 2014 MP Siweya launched ‘African Unmasked’. This project is close to her heart, as it is a cognitive movement which she established to address important issues such as education, health, governance, economics, gender and identity politics.

The organisation provides learning materials, such as school uniforms, shoes and books, to pupils at a number of schools across South Africa. By way of this organisation, Ms. Siweya also donated relief parcels to the victims of cyclone Idai, in Zimbabwe and Mozambique, in 2019.