What happened at Cop 26 – South Africa in Focus 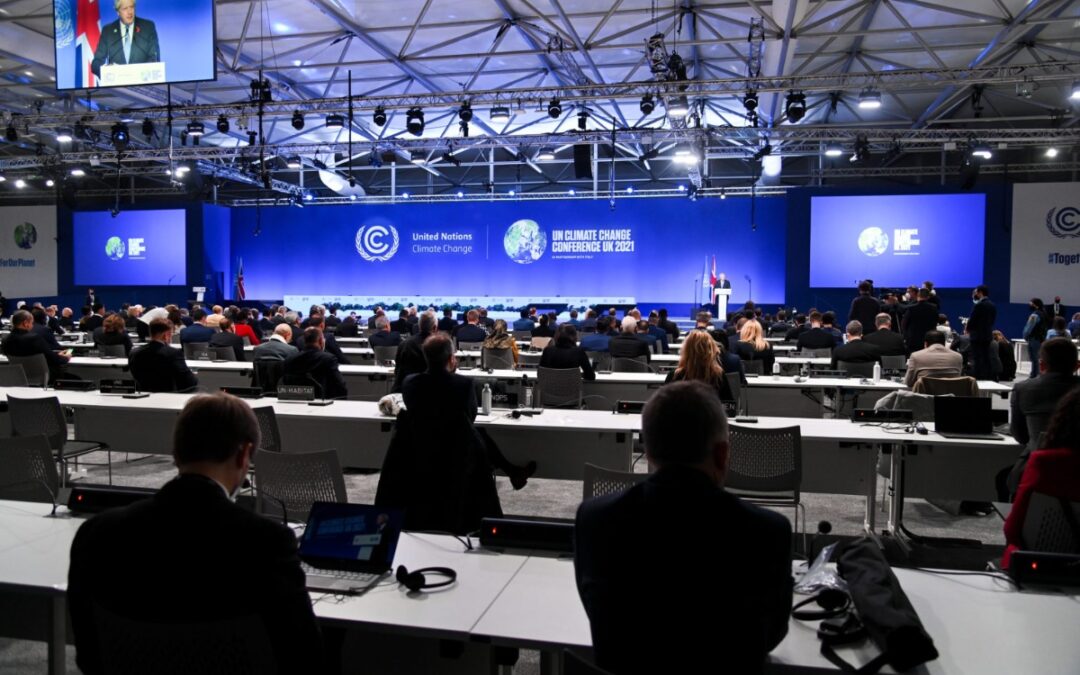 Climate change in the  form of extreme weather events is impacting human health, water availability, food production, infrastructure and migration. The pace of global warming is rapidly increasing, and Sub-Saharan Africa is likely to be severely affected by changing temperatures – the region is already experiencing temperature increases well above the global average.

When world leaders gathered to plan a response to the climate crisis at the 2021 United Nations Climate Change Conference (COP 26), South Africa set a mandate focused on securing funding and aligning with the Paris agreements.

This focus has resulted in a partnership between Germany, France, the UK and the US to provide pledged R131-billion over the next three to five years to fund South Africa’s move towards renewable energy sources.

The funds will be in the form of grants, concessional loans and investment and risk-sharing instruments, including mobilising private sector funding.

The partnership will focus on enabling South Africa’s transition away from coal towards renewable energy sources, and aims to prevent 1.5 gigatonnes of emissions over the next 20 years. It will also allow for support for the coal sector and its workers and the country transitions to cleaner energy sources.

The electricity sector contributes 41% of South Africa’s greenhouse gas emissions and will be the first phase of the transition to a low-carbon economy, according to President Cyril Ramaphosa.

South Africa’s greenhouse gas emissions increased by 10.4% between 2000 and 2017.  The country’s electricity is overwhelmingly generated by coal, with its coal use for electricity more than double the global average. The country has been ranked in the top 20 emitters of greenhouse gases and is one of the most reliant on coal of all G20 nations.

“It will be the quickest industry to decarbonise and will have a beneficial impact across the economy. We will be decommissioning and repurposing coal-fired power stations and investing in new low-carbon generation capacity, such as renewables. We will also pursue ‘green’ industrialisation, such as manufacturing using green technology and a shift to the production of electric vehicles,” – President Ramaphosa.

Another source of funding secured is a $1-million allocation from the Clean Technology Fund. This funding and other contributions from the developed world will play an essential role in allowing South Africa to meet the goals set out in the recently updated Nationally Determined Contribution (NDC).

Ahead of Cop26, Cabinet approved the updated NDC, which represents South Africa’s contribution to global efforts to reduce greenhouse gas emissions. This will soon be handed over to the United Nations Framework Convention on Climate Change (UNFCCC).

The NDC sets out the country’s emissions targets towards net-zero carbon emissions by 2050.

“The top of the range of our revised NDC is consistent with the Paris Agreement’s temperature limit of ‘well below two degrees’, and the bottom of the range is consistent with the Paris Agreement’s 1.5-degree temperature limit. South Africa has also brought forward the year in which emissions are due to decline from 2035 in the initial NDC to 2025 in the updated NDC,” says Albi Modise, spokesperson for the Department of Forestry, Fisheries and the Environment.

Along with the NDC, several policies and measures are being implemented to achieve South Africa’s emission reduction targets, and most of these focus on the energy sector.

This move to a low-carbon economy will require significant international investment from developed countries. This has been a critical focus for South Africa at COP26 and has been a talking point for all developing nations.

These nations have called for developed countries to meet climate finance pledges made in 2009 and move beyond these.

Research by the Organisation for Economic Co-operation and Development shows that developing countries will require between three and four trillion dollars in financial support over the next fifteen years as they transition to lower carbon economies.

Developed nations have pledged $100-billion a year to developing nations but have only met a target of $80 billion in 2019. And this amount falls woefully short of the $750-billion that developed countries are likely to need by 2030.

At COP 26, developed nations acknowledged there was still some way to achieve the climate financing goal and vowed to reach their commitments in the next two years. Financing is expected to increase in 2025.

“We need to act with urgency and ambition to reduce our greenhouse gas emissions and undertake a transition to a low-carbon economy. For while there are economic challenges and risks, there are huge economic opportunities that we must seize.”