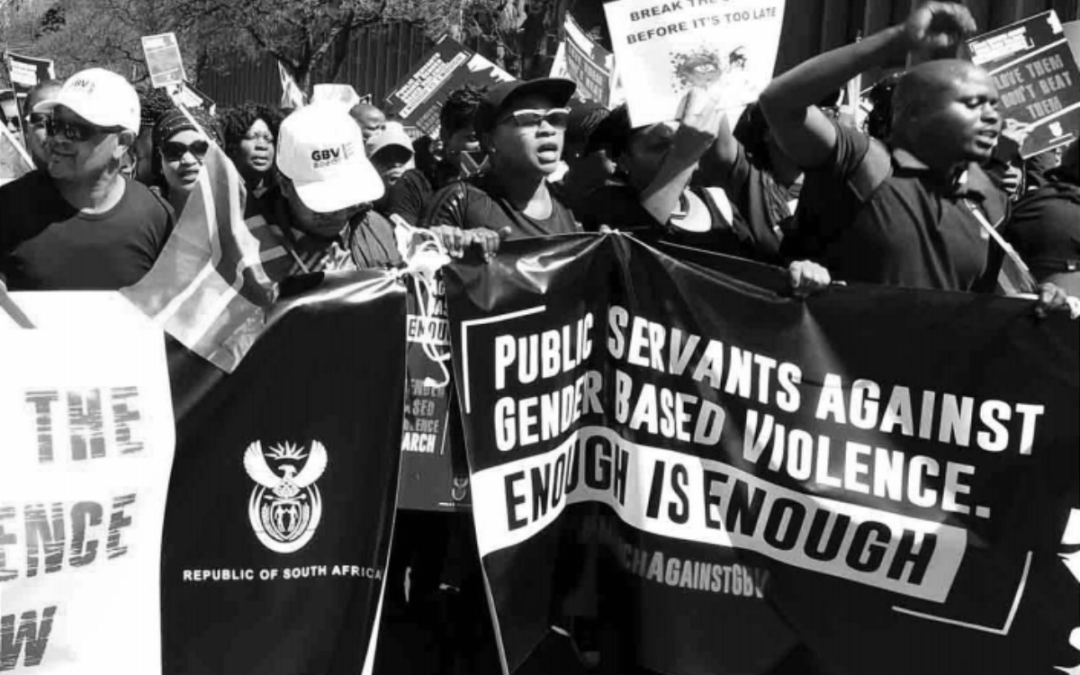 South Africa faces alarmingly high numbers of gender-based violence – a situation that has been compounded by the lockdown regulations implemented to fight the global pandemic.

Creating an equal society in which South African women are safe and included requires a holistic approach. This is why government and private businesses have started partnering to raise funds needed to roll out programmes that will create a more equal society.

Minister in the Presidency for Women, Youth and Persons with Disabilities Maite Nkoana-Mashabane says the country continues to see acts of violence perpetrated against girls and women daily.

“The sad reality is that despite high levels of stop gender-based violence and femicide, many incidents remain undocumented, underreported and are unaccounted for within national statistics. Even accounted for cases are shockingly high,” Minister Nkoana-Mashabane said.

In the most recent South African Police Service crime statistics, there were 53 776 sexual offences recorded. Of those, 42 664 were rape cases.

“Existing data has shown that the lockdown levels impacted on levels of reporting. The Department of Social Development Gender-Based Violence Command Centre also showed a dramatic increase in the number of calls, SMSes and USSDs, with the number of overall calls increasing significantly,” Minister Nkoana-Mashabane said.

This suggests that the lockdown levels impacted women’s ability to report incidences or seek help through regular channels.

“What is clear is that even though the government has committed an immense amount of resources to ending stop gender-based violence and femicide, men continue to abuse, rape and murder women. The department calls on all South Africans to play their part in fighting this scourge and to unite in the fight against GBVF,” said Minister Nkoana-Mashabane.

At the launch of the fund, the business community pledged more than R128 million.

The private-sector led, multi-sectoral fund will support the implementation of the National Strategic Plan. This plan is South Africa’s roadmap to ending gender-based violence, said President Cyril Ramaphosa at the launch.

“We appreciate the resources businesses and philanthropies who are committed to social transformation have been able to contribute. This commitment comes at a  time of great economic difficulty, which itself contributes to the hardship and vulnerability affecting women. It is an important contribution to improving the lives of women and girls in our society,” President Ramaphosa

“The successful launch of the fund is a significant demonstration of the depth of social compacting in our society and the vision of a better South Africa shared by social partners.”

The National Strategic Plan and the government’s response to gender-based violence are built on six pillars:

Partnering for the future

The fund comes as part of the Gender-Based Violence and Femicide Declaration, which followed the GBVF Summit held in 2018.

The summit brought together government, civil society and other role players to find lasting interventions to end gender-based violence.

Despite the pandemic requiring much of the government’s resources, progress has been made in creating an equal society and encouraging the participation of women in the economy. South Africa has been working toward ending violence and harassment in the workplace through the International Labour Organisation (ILO) Convention. The country joined the Nations (UN’s) Generation Equality Forum, participating in advocacy around gender-based violence and women’s financial inclusion.

The government also lobbied for gender-responsive trade policies to be developed as part of the African Continental Free Trade Area and adopted a policy of 40% preferential public procurement for women-owned enterprises.

At the launch of the fund, President Ramaphosa said: “It has been a long and challenging road, but we have laid the cornerstone. This is just the beginning, and we are confident that the pledging process will continue into this year, as more of our partners in the private sector and international philanthropies come on board.”

The fund is the first step in a shared response to gender-based violence. The business community is taking an active role in funding programmes to increase women’s safety and inclusion. The fund holds the promise of a greater movement in which all South Africans are actively involved in creating a safer society.