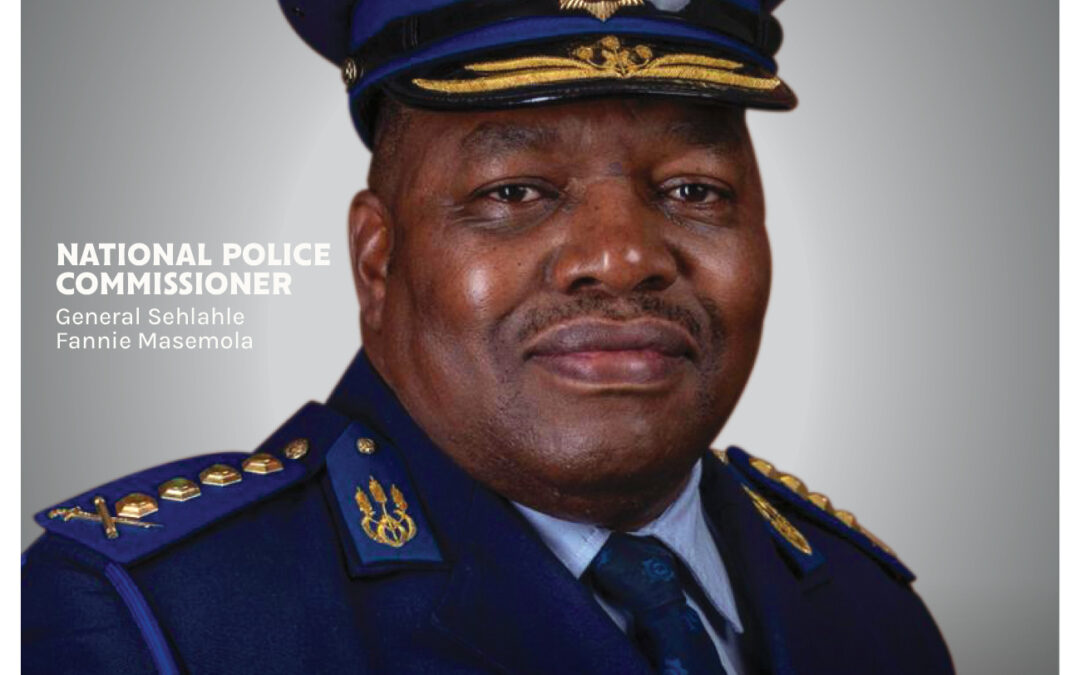 Trust in state institutions is integral to the government successfully carrying out its functions to the benefit of citizens. As the most visible members of government, it is important that the public has confidence in civil service leaders such as the new National Police Commissioner, General Sehlahle Fannie Masemola, whose appointment received a warm welcome from both his colleagues and the nation. Public Sector Leaders asked the Commissioner about his top priorities while in office, his career in law enforcement and his vision for the future of the South African Police Service (SAPS). 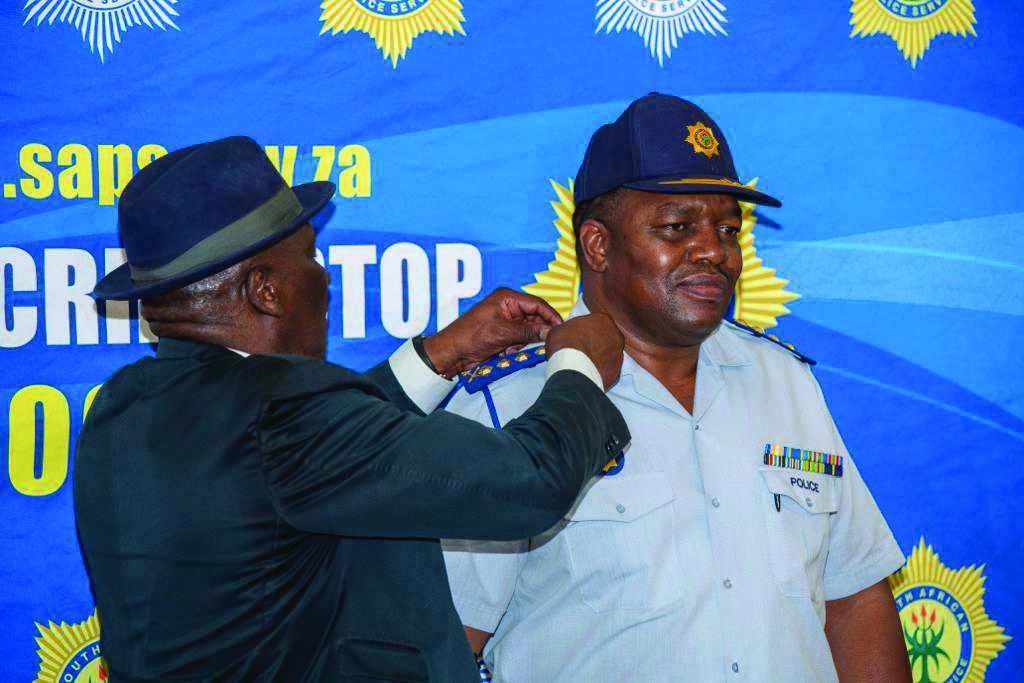 Gen. Masemola brings with him over 20 years of senior management experience in the South African Police Service, which is no wonder Members of Parliament have backed the new Commissioner, as the Police Minister noted.

“MPs have expressed their newfound confidence in the appointment of General Masemola who boasts an impressive policing and leadership record in the organisation,” said Honourable Bheki Cele.

The Minister emphasised the support that the Commissioner will receive during his tenure: “Many of the Parliamentarians have thrown their weight behind the Commissioner whose record speaks for itself. Commissioner, you are not on a lone crusade, the support of your team will be paramount in achieving your goals and overall vision for the organisation.”

A family in the line of duty

At first Gen. Masemola’s father did not support the decision for his son to go into law enforcement and had it not been for the Commissioner’s uncle, his father’s elder brother, he may have ended up in a different kind of civil service – such as teaching – instead of joining the police in 1987.

“My uncle is my role model,” says the Commissioner. From his uncle Gen. Masemola learned discipline and respect. “He believed in my dream and vision of becoming a police officer.”

That inspiration and support continued as the Commissioner began blazing a trail in the SAPS. “As I rose through the ranks of the service, he always reminded me to remain humble.”

Those lessons have continued as the Commissioner has climbed through the ranks, to where he now finds himself in a position to influence the lives of all South Africans. After completing his training, Gen. Masemola was deployed to the Free State town of Harrismith, and then the KwaZulu-Natal province where he “served in various roles in the operational environment.”

Supervisory roles and senior positions followed, testament to his leadership abilities. “In my years of service, some of the key lessons that I have learnt is that opportunity meets preparedness. Find opportunity in every situation to demonstrate humility, hard work, and honesty. These three qualities set the foundation for success in your career and beyond.” 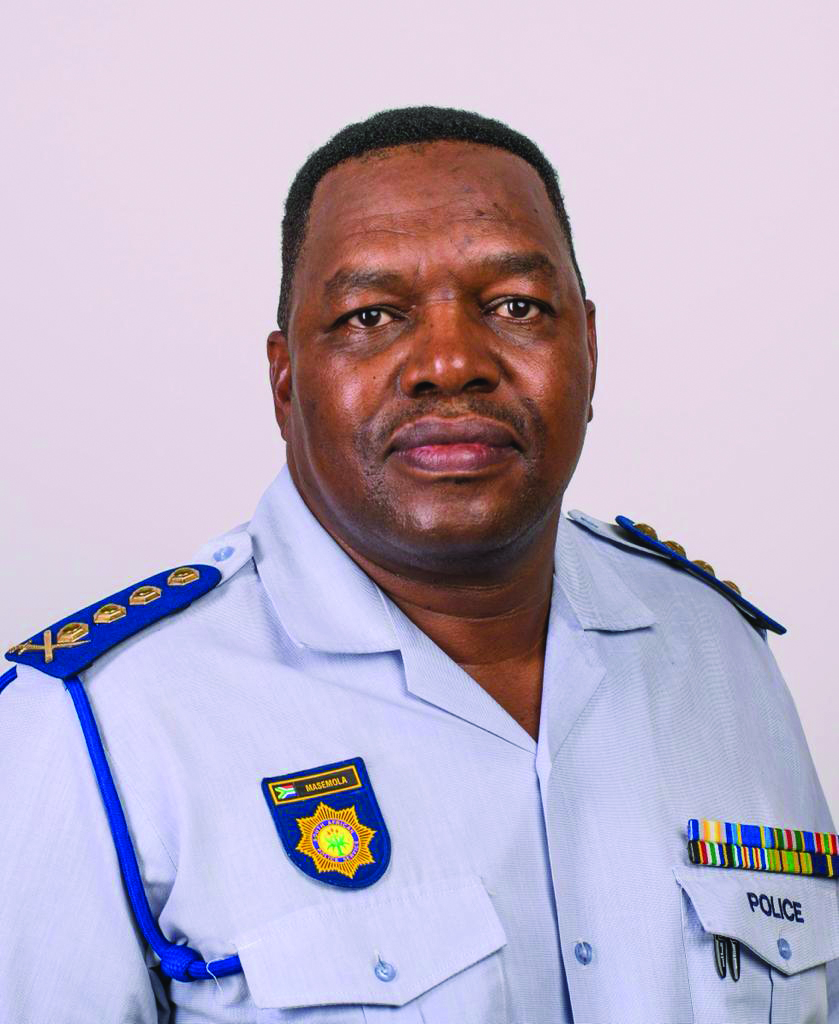 CAREER IN A NUTSHELL

Gen. Masemola enjoys being active in his spare time. “When I’m free I go camping with family and friends and also do some hiking on the trip. I often start my day off at the gym when I’m not engaged in early morning operations or meetings.”

The new National Police Commissioner has hit the ground running, having already shared his vision and priorities for his term in office. This comes at a time, he noted, where trust in the police is at its lowest. “I indeed assume this ultimate top position and leadership role during a challenging time where public trust and confidence in the police are very low.”

The relationship between the SAPS and community members is high on the Commissioner’s agenda, as are the “morale and integrity” of police officers.

The Commissioner mentioned a few other priorities, including concerns for the safety of police officers. Clearing the backlog in the Forensic Science Laboratories and Central Firearm Registry is another main focus which will have a big impact on addressing gender-based violence and femicide.

Gen. Masemola appreciates the importance of a good relationship between the public and police officers. “Communities need to embrace their role as active citizens in the fight against crime. Our communities play a pivotal role as the eyes and ears of the police and as such fighting crime is a shared responsibility.”

Looking ahead to the end of the decade, the Commissioner is guided by the government’s strategy and vision for the country. “I envisage a functional and capable police service that is  well capacitated with personnel and resources which is responsive to the needs of the people of South Africa. We are striving to achieve the National Development Plan (NDP) 2030 vision where Women can walk freely in the streets and children can play safely outside.”